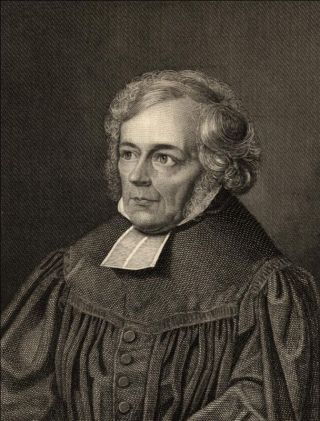 Richard Crouter’s Friedrich Schleiermacher consists of a series of eleven essays, most of which were published in journals from 1980 to 2003, plus an Introduction. The unity of the collection is found, Crouter argues, in the theme of the book’s title: “Schleiermacher’s cultural location between Enlightenment and Romanticism, the appellations we give to the intellectual movements that name his cultural worlds.” (1) This does not mean that Crouter thinks one can find the essential features of Schleiermacher’s thought by generalizing about either of these movements. (7) Crouter will rather use them as backdrop, for in Schleiermacher, the lines between these two movements are “blurred”. (8) Crouter states that his approach is both historically to situate the religious debates in which Schleiermacher was enmeshed (9), and to draw out the revisions between the various editions of his major works, to show what the edits reveal, and thereby put these editorial judgments in historical profile. (10) Approaching Schleiermacher in vivo, Crouter argues, will help us both in understanding him as he was, and in understanding him as he is for us. (2) To that end, Crouter has organized his essays under three main categories, roughly: Schleiermacher’s work vis-à-vis the works of three notable figures that chronologically frame him, Schleiermacher as socially- and politically-engaged citizen, and Schleiermacher as midwife of a Modern form of Christianity.

In the first essay, Crouter examines one of the claims suggested in Wilhelm Dilthey’s biography of Schleiermacher, namely that “study of works alone will not yield full significance or worldview in the case of Schleiermacher”. (21) Crouter asks, “How does biography as knowledge of a life contribute to our understanding of a writer’s carefully nuanced arguments?” (29-30) Schleiermacher himself wrote that “we live deeper than we think”. (31) So Crouter: “[Schleiermacher’s] formal teachings arise from personal situations, which in turn inform these teachings” (34), so that one cannot understand the teachings apart from a biography. Crouter recognizes that “truth claims about God exceed the capacity of the historian”, but then notes how frequently such claims are argued by “draw[ing] from historical judgments.” (37)

In the second essay, Schleiermacher’s On Religion is compared with Moses Mendelssohn’s Jerusalem, and their reception noted. Crouter directs our attention to many similarities in the works: how each author drew from elements of his native tradition (46), was interested in reconciling that tradition with modernity (39), attempted to reconcile claims of universal religiosity with commitments to particular traditions (41), strove to show that religion is not merely a set of ideas but concerns the life of communities (69), and shared an attention to historical consciousness (66). In addition to these, Crouter reminds us how both advocated for the freedom for religion from the coercive power of the State (47-48, 51-53), and thus how the theoretical projects of both selected books were quite culturally-engaged and politically-sensitive. Neither author fits snugly into Enlightenment or Romantic categories.

This political dimension of On Religion becomes more pronounced in G.W.F. Hegel’s reaction to that work, and the subsequent friction that occurred in the relationship he had with Schleiermacher after his appointment to the University of Berlin. Crouter wishes to give us both personal and philosophical differences, arguing that “each figure served tacitly as the intellectual foil for the work of the other.” (72) His narrative runs from before Hegel’s appointment to the University of Berlin where Schleiermacher was, to their subsequently rocky relationship and ideological differences. This third essay climaxes in a summary overview of their basic disagreements. (92-95) A Postscript argues that Marx and Kierkegaard’s reactions to Hegel on existential & political grounds are anticipated by Schleiermacher’s reactions. (97)

Quite naturally, then, Kierkegaard’s debt to Schleiermacher is the subject of the fourth essay. How are they related, and to what degree? (100) There are “significant agreements” and “sharp disagreements” (100), yet Crouter wishes to argue that, despite this ambiguous reception, “a set of formal as well as substantive concerns unites far more than it divides the two thinkers”. (103) This “diffuse” debt can be described as a mutual debt to the “legacy of Romanticism”. (103) Crouter concludes by focusing on Kierkegaard’s use of the literary strategy Schleiermacher employed in his review of Schlegel’s Lucinde, allowing multiple viewpoints of multiple reviewers to “come to unfettered expression.” (112) Kierkegaard writes that “it is possible to get a glance into the individuality of the single individual and through numerous yet merely relatively true judgments to draw up our own final judgment.” (111) “Thus”, Crouter summarizes, “the integrity of the act of personal appropriation is preserved in the art of an engaged reading and criticism.” (117) Crouter provisionally holds that this shared model for indirect communication doesn’t merely show a common aim, but indicates something that runs deep.

The second section (chapters 5-7) considers the politically- and civically-engaged dimension of Schleiermacher’s life and work. Chapter five treats Schleiermacher’s reply, almost immediately after writing On Religion, to an exchange of letters between a Protestant clergyman and a Haskalah (Enlightenment) Jew suggesting possible paths toward Jewish citizenship. Both grant that some kind of public profession and conversion to the State Church are involved. Although not taken with Judaism as a religion, Schleiermacher objects to this on a number of grounds: “Reason demands that all should be citizens, but it does not require that all must be Christians, and thus it must be possible in many ways to be a citizen and a non-Christian.” (129) He is concerned both for the welfare of the State and for the integrity of the Church, which would be diluted by mercenary conversions, (132) and writes to prompt political action. (130)

Chapter six covers Schleiermacher’s first formal activity on behalf of the State in helping to found and organize the University of Berlin. After having the University of Halle expropriated in Napoleon’s wake, King Friedrich Wilhelm III sought to establish a new University. Schleiermacher was eventually brought into this process. Paving a via media between the forces vying to reinforce the status quo and the monastic academicism of Fichte, Schleiermacher sought to plan out a University as an organic whole, united in the pursuit of truth, with the Philosophy faculty at its heart – a University that would be civically useful without being determined by a rubric of State-utility, yet largely autonomous. Many of his suggestions for the ordering and administration of a University and the art of teaching often sound quite contemporary.

Chapter seven inquires into the veracity of the accusation made by Barth and later authors (representing Liberation theology) that Schleiermacher is a cultural accomodationist. Crouter argues that this is false: Schleiermacher’s choices reflected a commitment to progressive (not radical) social change. (171) He also contends that it is inappropriate to lump Schleiermacher together with the Bourgeois, for he advocated causes that challenged the status quo. Pressing harder, Crouter states that the “desire of recent critics to use a “class analysis” approach in their theoretical work overrides careful treatment of historical evidence.” (177) Schleiermacher remained committed to insisting “upon individual liberty at all costs.” (183) His complaints about State censorship brought suspicions of treason upon him. (188) Schleiermacher held that any healthy government defies neat scientific classifications, and was natural and organic in character. (184) Though not an anti-monarchist, and though Schleiermacher ideally advocated for the separation of powers (executive, judicial, legislative), he thus avowed fidelity to the king – critically, though: only so long as the king could be said to be among “the most enlightened men of the nation.” (190)

The third section (chapters 8-11) consists of three essays that look closely at the content of three of Schleiermacher’s written works, and one essay (chapter eleven) that concerns the reception and significance of On Religion. The three textual studies concern the role of language in On Religion, the shape of theological studies suggested in Brief Outline on the Study of Theology, and the differences between the various editions of The Christian Faith. The final essay ties back into the hermeneutical questions of the first chapter regarding the role that historical investigations should play in the interpretation of an author and his or her works, especially concerning the relationship between the meta-historical normative claims of a work and the historical circumstances of the author who writes it.

Crouter’s work is delightful. By collecting several focused essays along these three topics, he demonstrates a fascinating approach to the study of Schleiermacher, and likely to any other figure. A biography, as necessary and complementary as it might be, could not accomplish what these essays do, partially because a biography is constrained by its narrative form, and partially because it cannot focus on single themes and features and texts the way that an essay can. In the end, that these essays are not a biography also seems to reflect the very answer Crouter gives to the question of whether and to what degree an author and his or her work reduces to, or transcends, his or her history.  Highly recommended.

This site uses Akismet to reduce spam. Learn how your comment data is processed.